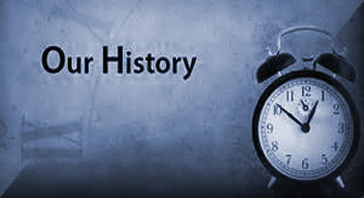 In 1960 the Board of Directors of Community Fellowship Pentecost Ministers and Churches Association decided to hire an attorney to petition the court for this organization to become a body politic and corporate by Pro Forma Decree of Incorporation. The case was heard July 7, 1960 by Judge Waldo C. Mayfield and the decree was issued making Community Fellowship Pentecost Ministers and Churches a body politic and body Corporate under Chapter 352 of the Missouri Revised Statutes.

The petition was made and the decree issued in the Ripley County Courthouse in Doniphan, Missouri. The decree was filed and recorded on April 29, 1966 by Howard R. Manness as the presiding Judge.

During the early part of 1974, the decision was made to change the name of the organization from Community Fellowship Pentecost Ministers and Churches Association to the name which it currently bears, Bible Way Association. This decree was issued on May 7, 1974 by Judge Rex Hinson and was filed and recorded June 18, 1974 at the Ripley County Courthouse in Doniphan, Missouri.

On June 23, 1992, the petition was filed which would amend the Association while maintaining its original validity. On July 7, 1992, the decree was issued by Judge Arthur Cope and was filed and recorded August 3, 1992.