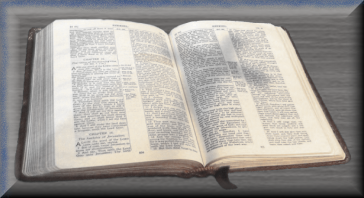 We believe the Bible to be the Divine Word of God written by Holy men of old as they were moved by the Holy Ghost. We accept the new Testament as our guide in matters pertaining to Christian Living and Doctrine.

We believe in the triune Godhead; God, the Father; Jesus, the Son; and the Holy Ghost, each being a distinct personality.

We believe that man was created in a state of innocence but because of the fall of Adam, sin was imputed to all mankind, and all human beings are born with a sinful nature. We also believe that the Lord Jesus Christ died for our sins, becoming a substitutionary sacrifice and that all who repent and believe on Him shall be saved.

We believe that the Church is the body of Christ of which He is Head. The true Church consists of those who have been "Born Again," accepting the provisions which Christ has made for our Salvation.

We believe in the catching away of the true believers at the return of the Lord Jesus Christ and that the timing and surrounding circumstances of this event are totally and exclusively subject to the will of God, our Heavenly Father.

We believe in the ministry as recorded in Ephesians, Chapter Four, as a divine calling or gift as an apostle, a prophet, an evangelist, a pastor, or a teacher; these being for the perfecting of the Saints and the edifying of the body of Christ.

We believe in water baptism by immersion as was commanded by Christ in Matthew 28:19.

Baptism of the Holy Ghost:

We believe that the baptism of the Holy Ghost is the gift of God to all believers and that He is accompanied by the speaking in other tongues as experienced by those in the Upper Room.

We believe in the doctrine of sanctification as a definite, yet progressive work of grace.

We believe in divine healing as practiced by Christ in His earthly ministry and that it is the privilege of every believer to partake of this blessing.

We believe Tithing is God's plan for support of His ministers and that paying tithes is compulsory for anyone who is a Christian.

Matthew 19:9 "And I say unto you, Whosoever shall put away his wife, except it be for fornication, and shall marry another, committeth adultery; and whoso marrieth her which is put away doth commit adultery." Knowledge of all circumstances must be provided to the licensing committee before consideration for membership may be given. Each case will be prayerfully compared to all relevant scriptural references before a decision is made.

We believe in the sound doctrine of righteousness, holiness and godliness. Bible Way Association shall never permit, and may refuse or remove membership, of anyone confirmed as practicing or living in any form of sin, immorality or abuse as determined according to the judgment of the Board of Directors of the Association or their appointed officers.

Service to our Country:

We are proud to be living in the United States and will serve our country in time of its own need, however since we believe sanctification is a progressive work of Grace, we expect our boys to be able to serve in the capacity that their own conscience guides them; and we believe that they have this right according to both the Holy Scriptures (The Holy Bible) and the United States Constitution. We believe that each member and officer of Bible Way Association has these same rights to their personal beliefs according to the dictates of their conscience.